Enter your City name or Pincode

Bicholim which is also popular as Dicholi, is a part of North Goa district. The town is located about 30 kilometres from the capital Panjim. It is in the mining heartland of Goa. The city is dotted with many tourist destinations and is one of the important cities of Goa. 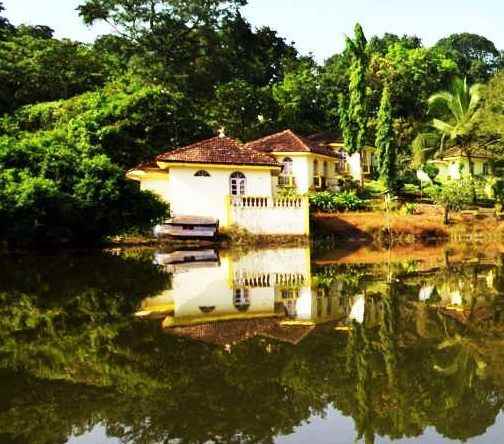 Bicholim is positioned at 15.60 degrees in the North and 73.95 degrees in the East. The avg. elevation of Bicholim is 72 ft or 22 m. Vengurla, Goa, Amboli, Nersa and Sawantwadi are some popular tourist attractions situated in the vicinity of Bicholim. The area in an around Bicholim is rich in  mmineral orea. Today one can find many mining mines in this part of Goa. Infact mining constitutes a major chunk in the economy of Bicholim and provides employment to nearly 36% of the population.

According to the census of 2011, the population of Bicholim was 16986.  The avg. literacy rate of the city is 82 percent. Konkani is the official language of Bicholim, however Hindi and English are spoken in this part of Goa.
Every Wednesday, a plethora of people from all over the Bicholim city as well as the neighboring cities assemble in Main Market area to put up their merchandise for sale.

Ganesh Chaturthi is the major festival of the city and is rejoiced among the residents of Bicholim. Ghode Modni is a popular folk dance of Bicholim and the theme of this dance form is “cavalry”. Festivals like Christmas, Good Friday is also celebrated with equal fervor and gaiety.

The city boasts a number of tourist places. Home to many famous temples, there are also waterfalls and tranquil lakes to explore in this part of Goa. Visit Cudnem near Bicholim to witness the architectural richness of the Ancient Jain temples in Gujirwada. In the year 1986, the Director of Archeology & archives had performed an excavation here and thereafter they discovered some ruined Tirthankara idols. Another famous Chandreshwar temple is a holy shrine and is located in the Kothambi village. It lies on the river banks of Mandovi. The Tirthankara idols were found in this temple as well. At Naroa ruined Jain Tirthankara sculptures were found. Among the Hindu temples some noteworthy temples of Bicholim are Mahadeva Temple and Shanta Durga Temple. The temple of Shanta Durga is located near the river banks of Mandovi River’s tributary. Our Lady of Grace is a renowned church of Bicholim which rules city square. There is a high school within the church complex which is among the most well-known schools in the city of Bicholim. Nimuz Ghar is also popular as Namaz Ghar. This historic monument of Bicholim is positioned at the top of a hill and overlooks the city. Nimuz Ghar was constructed to memorialize the conquest of Hindu and Muslim forces on Portuguese.
Mayem Lake is one of the most sought-after attractions of Bicholim. This serene lake is situated in the midst of rolling hills. This lake is bounded by country side and is one of the most spotless natural sites in Goa. The Tourism Development Dept. of Goa also boasts a resort and a boating area close to this lake.   Apart from the aforementioned attractions Bicholim has a number of mosques, pandava caves, churches and many temples. The Portuguese also started Tribunal which is another notable landmark of Bicholim; it deals with criminal and civil cases after Nova Conquista.

Bicholim has a number of essential services for its residents. Thivim Rlwy stn is the nearest rail head to the city. The major rail head to Bicholim is Vasco Da Gama Rlwy Stn which is 29 kilometers away from Bicholim. There are also buses connecting Bicholim to other parts of Goa and Maharashtra.

Public Utility services are essential for all round development of any society and Bicholim has a good network of such utility services. At present, all major public utility services are available in this city. Transportation is good and provides perfect connectivity within city and with surrounding and all major parts of the country. Courier services, post offices, banks, ATMs, hospitals, clinics, NGOs, emergency services, school, colleges, institutes, legal services one can find all and more in this city.

Are you a Business Owner?

Add the products or services you offer